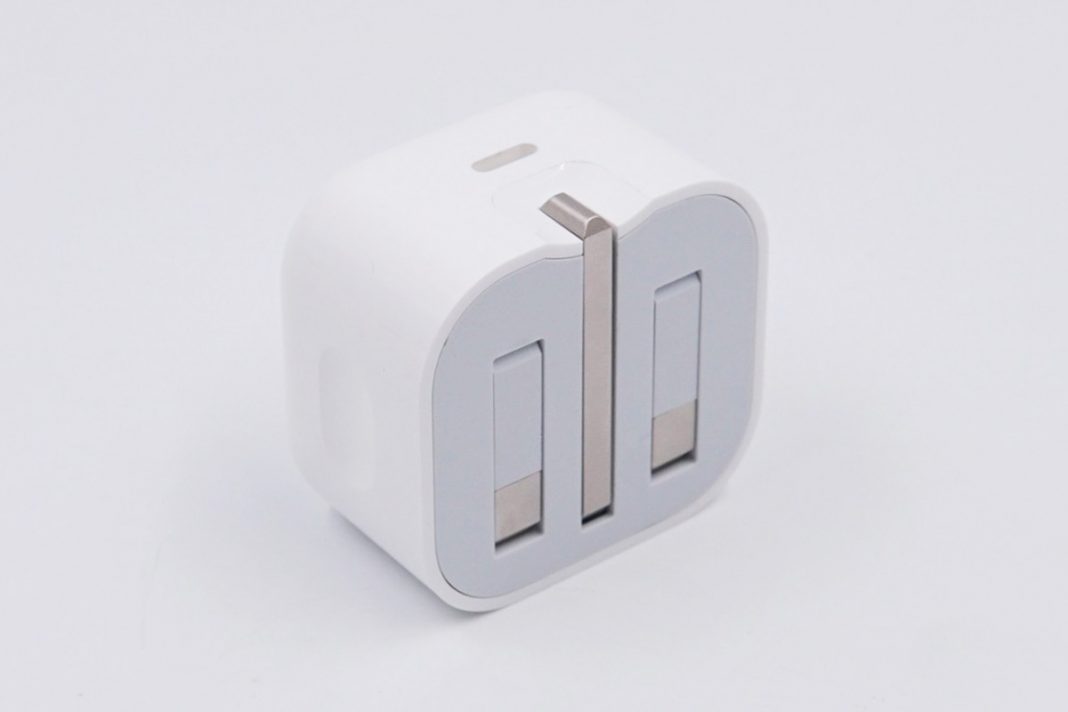 Apple has finally decided to include an 18W fast charger with the iPhone 11 Pro, along with a USB-C to Lightning cable since you need both to fast charging your iPhone 8 or later.

In the United Kingdom and Hong Kong, Apple’s 18W USB-C charger features folding pins, allowing for the charger too easily be folded to reduce its size in almost half. FYI, Apple first debuted the foldable pin design with the original Apple Watch in 2015.

The charger comes in a rounded boxy shape, with Apple’s signature glossy white finish. There is an oval recess on each sides for easy insertion and removal.

On the output side we have a single USB-C port, and there is another recessed design in the lower part of the casing to expose a metal pin, which is convenient for the user to unfold the pins.

The three AC pins are structurally linked. When the grounding pin is toggled, the other two pins will move simultaneously, a genius design.

It seems that we can’t find any info on this charger.

Turns out that the info are lasered underneath the pins.

The serial number on the charger matches what we have in the system info.

Beside USB-PD, it only supports the USB DCP protocol.

The casing is so thick that we have to use an electric cutter to cut the casing along the side of the charger. The thickness of the casing is almost double of a normal charger.

There is a bracket designed for the folding pins, and it is welded to the outer casing, which provides good support and insulation for the pins.

A linkage spring is used on each side of the AC pin.

A short render of the mechanism showing how it works, courtesy of Thang010146 on YouTube

The inside of the charger is glued, and the circuit board is firmly fixed inside the casing and is difficult to remove.

So we have to cut the casing… again.

The transformer is made by Astec. So the charger is probably also made by Astec which has been Apple’s charger maker for a long time.

The magnetic ring is the input common mode choke and the input filter capacitor is placed horizontally.

Below the black rubber cover next to the transformer is a solid capacitor for output filtering.

The USB-C port is centered. At the same time, it also uses Apple’s signature USB-C connector solution, which needs to be combined with the outer casing to form a complete USB-C port.

Multi-layer insulated wire of the secondary output of the transformer for extra safety.

On this side we see that the input wires are fixed inside the frame.

The USB-C interface is housed in a metal case for added structural strength.

Markings on the metal casing.

Next to the port is a USB PD protocol identification chip from Cypress, model CYPD3135, which is an Apple custom chip, belonging to the CCG3 series.

A color ring inductor is placed on the tail of the electrolytic capacitor and wrapped with insulating tape.

A plastic skeleton is used to support the back of the PCB. After disassembly, there is some residual glue on the PCB in addition to the patch components.

The charger’s main controller chip comes from PI, with Apple’s custom part number SC1263K6. It is scratched during our teardown.

Detailed specifications of the AOSMD AON7428.

A flash memory for storing the serial number information of the charger.

If you follow our Apple charger teardowns, you probably know that in terms of the use of components, the Apple’s are top-notch. The use of Japanese capacitors ensures reliability and longevity. Custom PI and Cypress chips deliver high performance and high efficiency. A thick casing and sophisticated internal frame provide extra robustness and safety. The folding pins, a genius design, is both practical and aesthetically pleasing.

However it is strange to see Apple, as an early adopter of the USB-PD standard, still stuck with USB-PD 2.0 in late 2019. 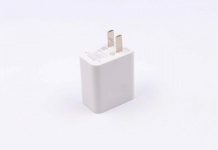 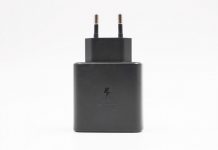 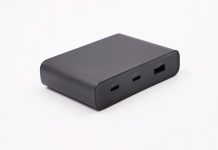 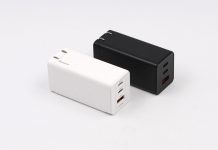 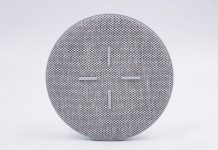