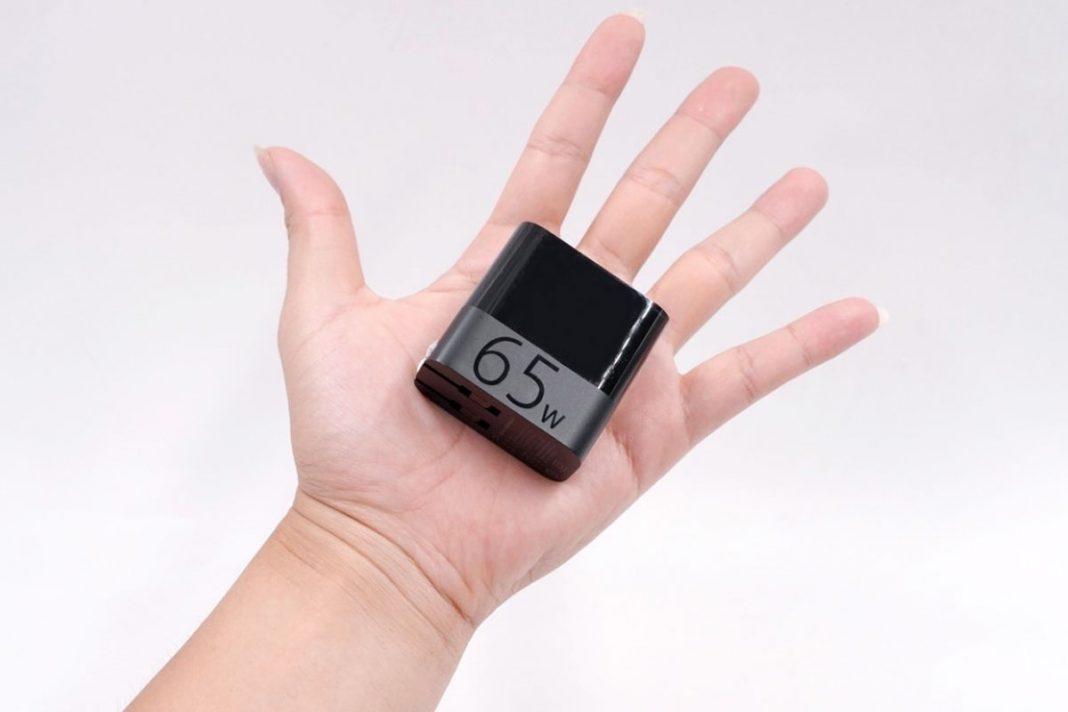 With the advance of GaN technology, high wattage chargers today are getting smaller and smaller. However, there are some chargers which showed us it is still possible to make chargers smaller without the use of GaN, with the Innergie 60C and Lenovo Thinkplus PA65 being two examples. Today we have another compact high wattage charger that we teased earlier that adopts conventional design, the ZMI zPower Turbo 65W USB-C PD charger.

The ZMI 65W charger features a two-tone design with a glossy and matte finish.

Pry it open from the output panel, the PCBA is tightly attached to the case and cannot be removed directly. You can already tell it’s a high quality charger at the glimpse of the inside, if you read a lot of our teardowns.

The USB-C port is soldered on a daughter board which is vertically soldered on the main control PCB. The left side PCB board is hollowed out with an extra insulation board (the insulation board is integrated with the outer casing); on the right side are two output filtered solid capacitors.

A Weltrend WT6636F is used as the USB-C interface controller. It is a protocol chip (TID No. 1080018) certified by the USB-IF USB PD3.0 (PPS), we have seen it inside the 65W Lenovo Thinkplus “lipstick” charger.

A Vanguard Semiconductor VS3618AE is used as the VBUS switch for USB-C output port.

Close-up of the USB-C port.

A high quality transformer from HR (one of Delta’s main suppliers) with PQ24 core.

A large metal heat sink is used on the back of the PCB, with a plastic baffle and 3M tape for insulation. There is a hollowed-out design between the primary side and the secondary side.

Remove the metal heat sink, it can be seen that the heat-generation components on the PCB are covered with white glue for heat dissipation.

Primary PWM controller chip with letter code ZC01 6CE0T. It is a custom made chip for ZMI, the information about it is yet to be revealed.

Detailed specifications of the Infineon IPL60R185C7.

An EL optical optocoupler positioned between the primary and secondary. Above are patch mounted Y capacitors.

Detailed specifications of the MPS MP6908.

Detailed specifications of the Toshiba TPH4R10ANL.

Design within constraints. The ZMI zPower Turbo 65W USB-C PD charger showed us there is still room for optimization with a conventional charger design. Without GaN, power engineers need to use more components and relatively larger transformer and capacitors for the same performance. However, with a deep understanding of space, performance, and heat dissipation, engineers at ZMI present us a surprisingly balanced charger in term of size, performance, and affordability. Darn impressive.